On Wednesday, November 18, 2020 at 6:32pm, Stations 1 and 27 were alerted for an MVC at 4820 Summit Bridge Road.  Units arrived to find two separate MVC's had occurred, invovling a total of four vehicles, including a fully marked Delaware State Trooper.  The State Trooper was investigating a prior minor MVC, and was in the process of moving the vehicles out of the roadway.  While doing so, another vehicle approached the scene and ran into one of the vehicles from the first MVC, spinning it completely around, then continuing on to hit the front of the fully marked Delaware State Police Tahoe.  The Officer was not in his vehicle at the time of impact, however, his K9 partner was.  Luckily neither were injured.  Two people were transported with minor injuries.  Vehicles were secured and the scene was turned over to the Delaware State Police. 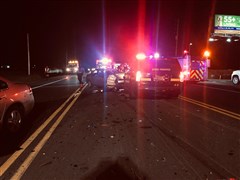 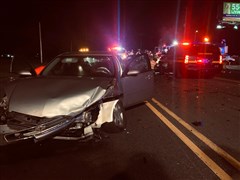 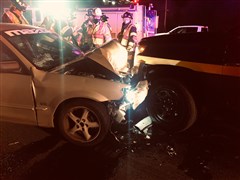 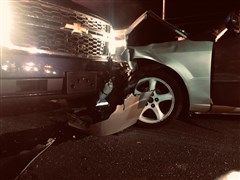 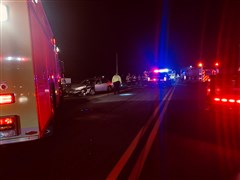 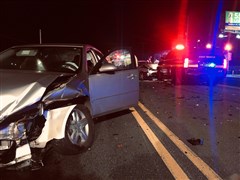 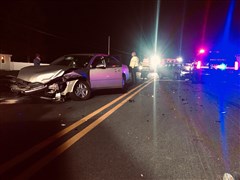 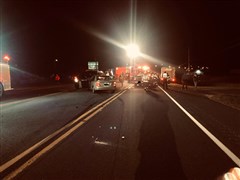